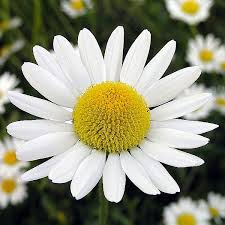 Chamomile is a well-known therapeutic plant, probably the most popular. Since ancient times it is known that the Germans had devoted it to the god Baldur.  The word chamomile comes from the ancient “chamaimilon” (chame + milon).

According to Galen, the ancient Egyptians used it as antipyretic and especially against intermittent fevers. They had dedicated it to the Sun god, whom they considered a doctor of infectious diseases. The Aetios says Egyptian Nichepson treat it in treatments of intermittent fevers, for body ointment with oil.  The Ariston (doctor prior Hippocrates) as reported by Galen, manufactured with chamomile drug called “kolikin” and that cured “any pain”.

Hippocrates used as emmenagogue, against hysteria, against leucorrhoea and women who were suffering from decline. Dioscorides and later Paul Aeginitis recommended it as an antipyretic, thinner, painkiller and emmenagogue. As Celsus (2nd century AD), a drug used for gout contained among other things – basic chamomile. Aspasia (do not know if it she was the wife of Pericles or not), as reported by Aetius, used the infusion of chamomile in parturient women because they reduce the pains of childbirth and after. In folk medicine this is true and even use it for the same purpose.