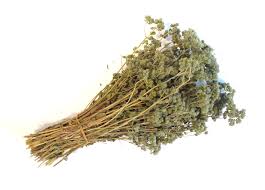 Oregano is a native plant of the Mediterranean and Central Asia. The name comes from the term words Oros (mountain) and Ganos (brightness), plant, ie, that brightens the mountain.

In ancient Greece oregano was a symbol of joy and happiness. Aristotle wrote that if an injured goat that was hurt from a hunter’s arrow, ate oregano, the wound would close. Hunters until today usually when they kill a prey, stuff inside the prey’s belly a few sprigs of oregano, so as not to smell until they reach home.