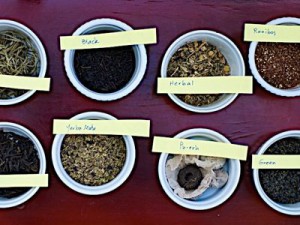 The word ‘tea’ (tea) and all its worldwide variations in spelling and pronunciation come from a single source. ” Te ” means tea in the Chinese dialect Amoy. The word ‘cha’ in Mandarin has also spawned a few derivatives around the world.
Tea arrived in Europe in the early seventeenth century. Despite all the claims for its medicinal properties, Europeans preferred the flavor of coffee. Only in a few aristocratic circles tea became popular.

The Chinese have been drinking tea for 5000 years. The most common myth of how tea was discovered concerns the Emperor Shen Nung. The by chance discovery of tea by him is placed in precise in the year of 2737 BC ..

The Chinese drink tea for health and pleasure purposes for thousands of years. Nobody knows exactly what drew attention to the glossy, green leaves of Camellia sinensis, but a popular legend fills the gap in our knowledge.

One day the Emperor Shen Nung was about to drink boiled water, when suddenly a wind blew and fell a few leaves to the pot from a tree that hung over. Inquisitive Emperor decided to taste this unlikely looking brew. He discovered that this brew was delicious and refreshing.

An Indian legend says that the discovery of tea is because of the Buddhist monk Bodhidharma. He was understandably tired as a seven-year period of sleepless contemplation drew to an end. In desperation he chewed on some leaves from a nearby tree, and was immediately revived. 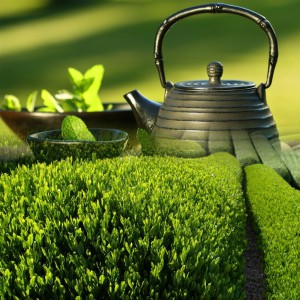 India is now one of the largest tea producers in the world, but there is no historical record of consumption of tea in India prior to the nineteenth century.

Another (Japanese) myth about the meditative Buddhist monk, Bodhidharma, describes how he threw his drooping eyelids to the ground in frustration at his inability to stay awake. Tea bushes sprang up where the eyelids fell. The leaves of these new bushes miraculously cured his fatigue.

Tea is not native to Japan, so this myth does at least provide an explanation for the sudden appearance on the islands of Pacific. The reality is less colorful: early in the ninth century, a far-sighted Japanese monk called Dengyo Daishi brought tea seeds back from China.

The method of preparing tea with open vessel, has been attributed to the Emperor Shen Nung, stood the test of time. It was another 4000 years before the brewing method that we use today.
During the Ming  dynasty (1368-1644), the Chinese began to soak tea leaves in boiled water. With some adjustments, the traditional Chinese lidded wine became a perfect teapot.